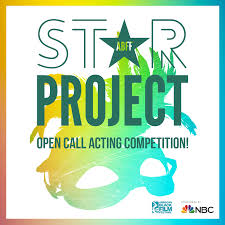 The ABFF (American Black Film Festival) will continue its search for fresh talent with its first live monologue competition in the nation’s two largest media and film markets: New York and Los Angeles. As an actor based out of New York, I was stoked when I found out of the news. I’ve known about the ABFF competition in partnership with NBC for a while now — though I haven’t been able to take advantage of the previous opportunities — to no fault of my acting though. Two years ago, a series of last-minute technical gaffes led to my exclusion from the competition; last year, it was an awareness blunder that ended my chance. As an African American actor, and maybe just an actor period, opportunities for career altering roles just seem to be few and far between. I’ve had some chances in the past to propel my career into “stardom”, but I always figured opportunities would come in abundance for someone as talented as I believe I am. This industry is tough — actually it’s brutal, and having this platform to showcase my talent in front of reputable industry professionals is a chance I can’t pass on. Recently I’ve missed those chances, but I plan on making this first-time face-to-face visit worthwhile — with my eye on winning the trip to this year’s festival in Miami Beach, Fl.

I find it fitting that this third time around, for awareness sake, would be face-to-face. I’ve long been in favor of the live in-person audition as opposed to the video submission audition which appears to have a firm grip on the industry now. I feel my presence can elevate my audition from the one-on-one perspective in a way that can’t be detected on the camera. Sure, the character is the character on-camera and that won’t change, but the opportunity to leave an indelible impression on the casting director is gone under that circumstance — and I’ve frequently heard from industry professionals how they’ve favored “real people” in the past over the “better actor” — if this is in-fact true, they’ve disregarded the human element of the audition. Nonetheless, I am appreciative of the digital age and the ability for casting people to see me on the other side of the country. I value very much so our technological advancements and how it can lessen the travel burden, but like ABFF and NBC have accomplished this year, I hope for better balance moving forward. One thing is for certain: whichever actor comes out the fray as the ABFF Star Project winner, with the bevy of aspiring actors in NY and LA, will undoubtedly be deserving of being the winner.