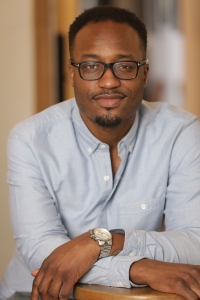 Jeffery Desalu began his pursuit of acting at the age of 19. Desalu, known to some as “OneTakeJeff”, credits his teachers along the way for making him the actor he is today and has garnered effusive praise from industry professionals in large part because of the rapport he’s developed with said teachers. Desalu was introduced to acting in a television production course as an early broadcasting major of all things, but quickly became smitten with the craft he works endlessly at today. Desalu went on to study Film and Media Arts at his now alma mater Temple University and maintains the story aspect section of what he learned has aided him in his cold read preparation for audition purposes: “I feel it gives me an advantage whenever I have a cold read audition because I usually bypass the lines on their surface and look for stories within the lines” said Desalu “Lines are important but they’re interchangeable…and if I can establish a definitive relationship between the characters along with the current circumstance…I’m much better for that aspect in a cold read situation.” Desalu has made it a necessity to become acclimated with many of the casting directors associated with filming in NY with his aim on getting his hands on more scripts in the future. Many of Desalu’s films have appeared in film festivals across the country and he looks forward to adding several credits to his resume in the relatively near future.